I took my boys out for a drive to Church Square, in the old city centre.  It is the site of one of the latest happenings of Cool Capital 2014, an uncurated, "guerilla" art biennale, by the citizens of Pretoria, for Pretoria.

At the centre of the square is a large, bronze statue of former  Pres Paul Kruger, president of the Zuid Afrikaanse Republiek round the turn of the nineteenth century.  For Cool Capital, his statue was covered in aluminium tinfoil, rendering him sparking and brand new!  He will remain as such until 16 November.


The statue was commissioned by businessman Sammy Marks and sculped by Anton van Wouw, cast in bronze in Italy and erected in the 1950's.  It is surrounded by four anonymous Boer soldiers.

(I recently saw a photo of my grandmother here on a visit to Pretoria during the unveiling of the Voortrekker Monument 1938, before this statue was erected.  In this spot was a monument celebrating the crowning of King George VI. Amazing to see how Church Square looked then!)

I could show the boys what real old vellies (velskoen - leather shoe) looked like. 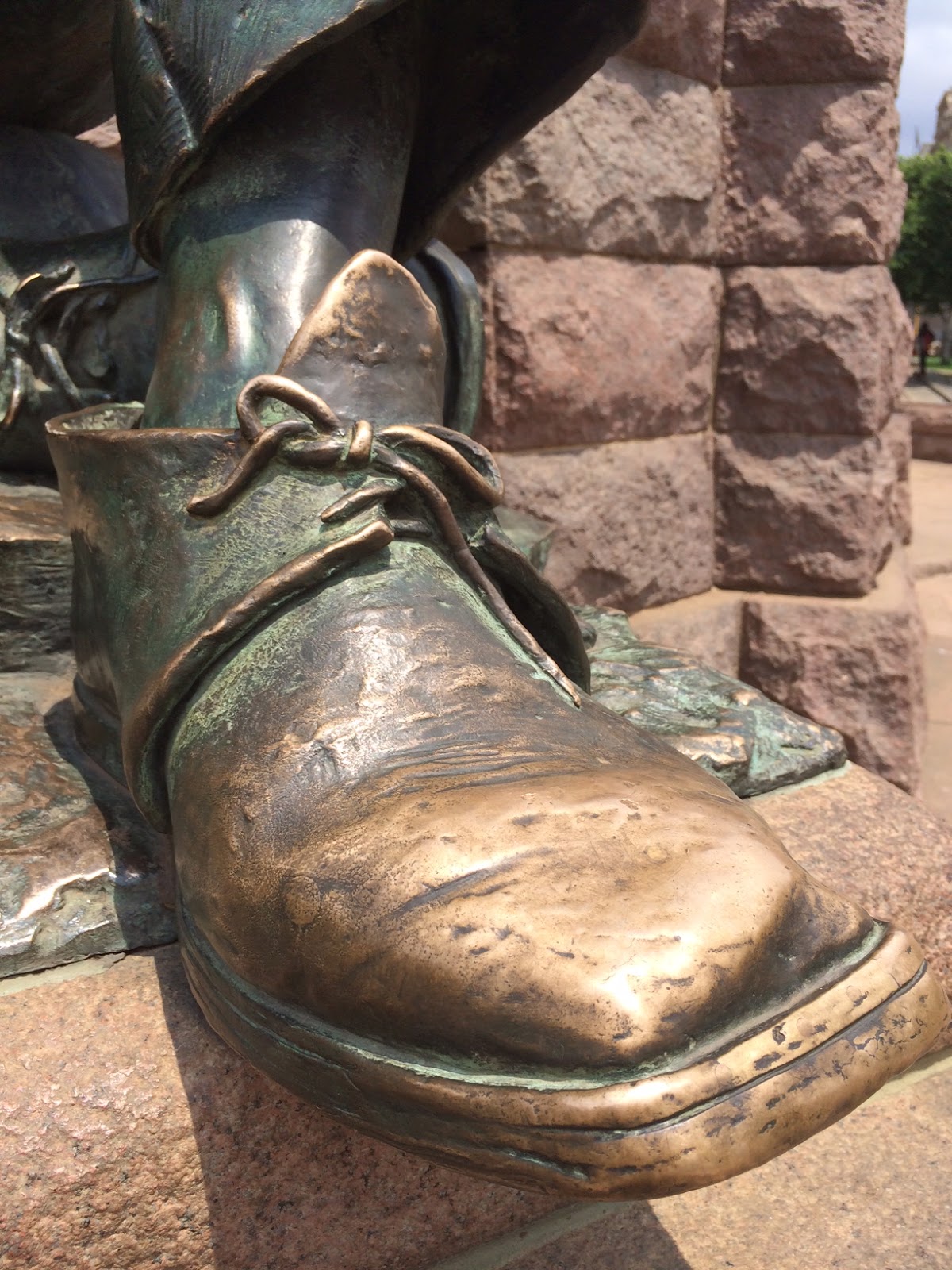 Wonder what Oom Paul would have thought.

There was some murmurs of a crowd that did not like his new cover, but I think the old president might not have been disturbed too much.  Rumour has it, after all, that he has been known to sport a gold earring...

I think he looks splendid! 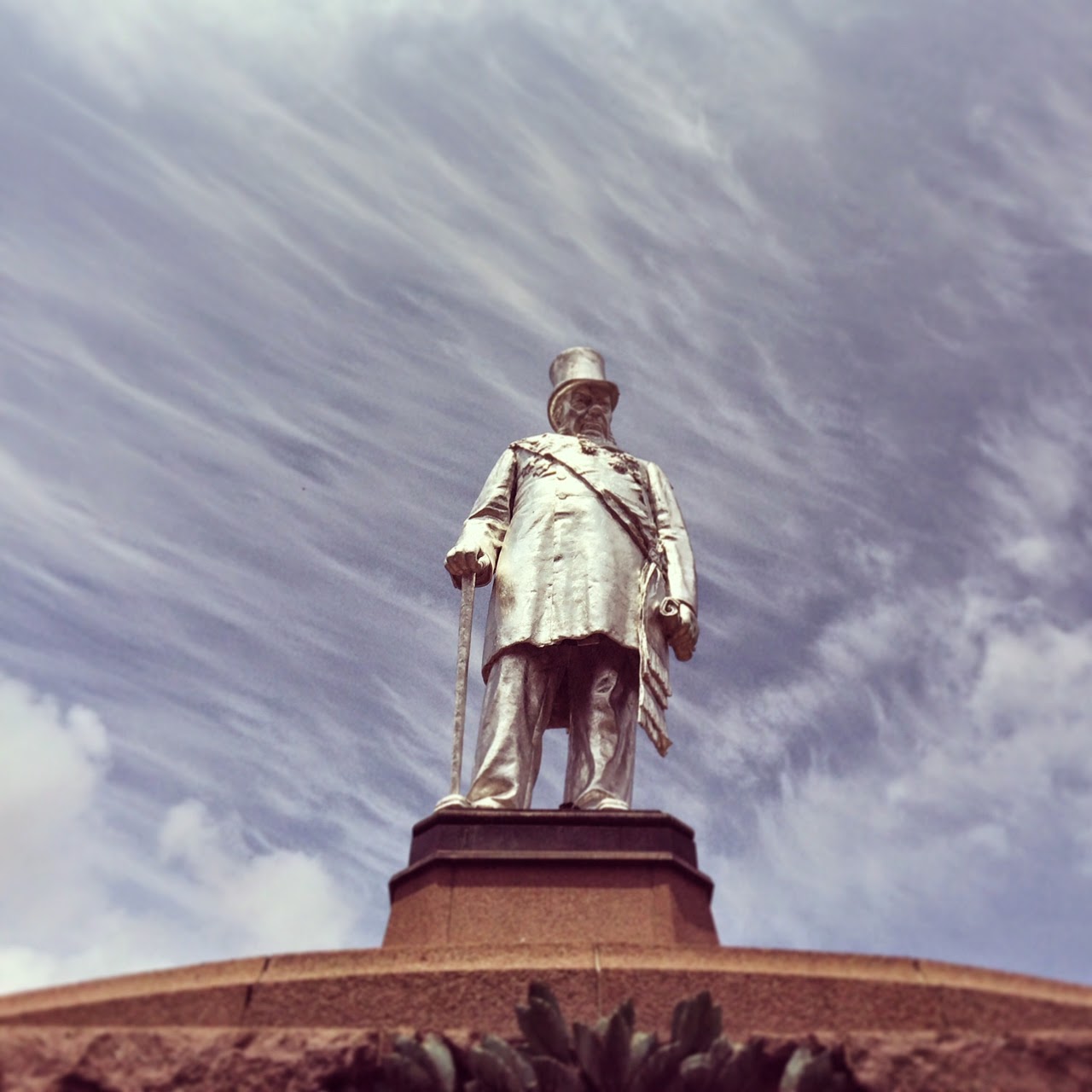 I've been living in Pretoria for 31 years now, and it's been lovely to see the city slowly shaking off its long-held image of a verkrampte, conservative bastion.  It still doesn't have a city vibe and feels actually just like a very large town (which is also great), but is home to academics, diplomats, refugees and us ordinary folk, making up a very interesting mix.

Email ThisBlogThis!Share to TwitterShare to FacebookShare to Pinterest
Labels: My Mzansi, Pretoria, The Places We Go

Hi, I love your craft, is beauty, I love a colors, I follow your blog, hugs from Brazil.
Visit my blog - Tita Carré - free patterns crochet