One day I was still contemplating the next topic for Blog Week and the next day it was the (end of ) the next month.

How does that happen?

Where did the days go???

The Summer Throw aka Projek Bohemia has long been finished - except for the ends...which is way I can really boast about it :-P
(where it started, and proof that it is actually finished)

So I did what I always do and that is Something Else.  In this instance, I made beanies:

First off, one for Sensei Lilian: 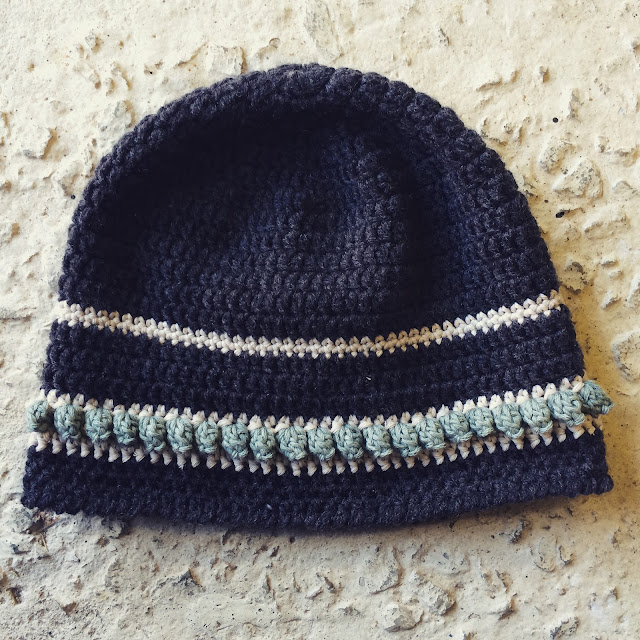 It was her birthday and she wanted something in black and white and "that green you're working with".  I said I refuse to do those colours but I'll do it in charcoal and she will like it. So I used Elle Classic Wool Blend for the charcoal, Drops Cotton Light in natural (frustration, frustration, the SPLITting!) and a little bit of lefover Vinnis Nikkim in Khaki.

I just recently made my first popcorns, so popcorns it had to have and I love making those!

And she loved the beanie. 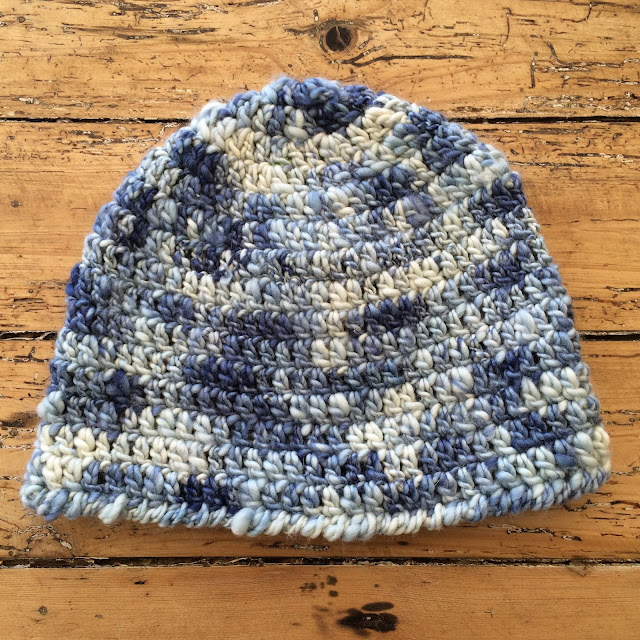 Completed at last was a beanie for little boy Michal whom I have promised something crocheted so long ago that I'm positively ashamed of myself.  So he gets this blue number in unlabelled handspun merino from either cowgirl blues of Karoo Moon. 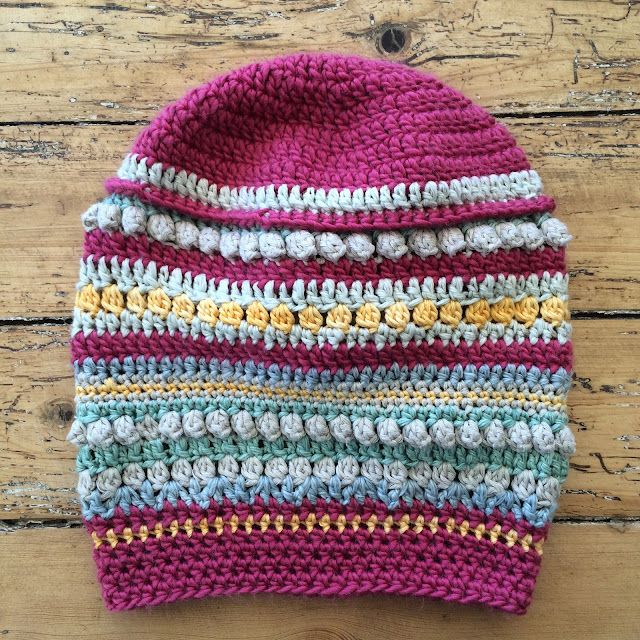 Mich has a sister Lize who has been waiting even longer.  Mom said a slouchie would do, and stripey with pink (and I'm also not so fond of sugary pink), so it's more of a cerise with whatever matched.
And popcorns :-)

And while I'm procrastinating, a twistie: 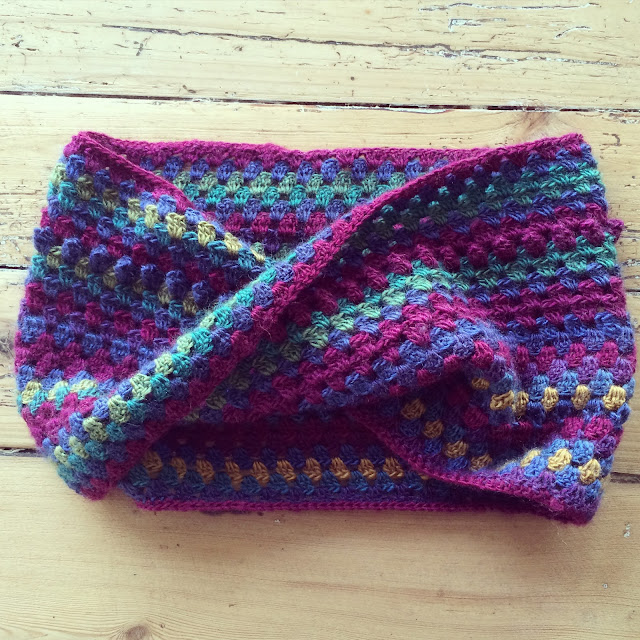 Anneke had half the country making twisties last winter, so I had to catch up.  1 ball of King Cole Riot was enough, and I decided to make it in granny stripes instead of dc's.  I also made it a bit narrower, but higher, and quite like that.

So now all of those are out of the way, I can go back to working away the ends working on the Cheap & Cheerful blanket start a new poncho knit something frog that knit something new...

But first, a hunting weekend.  It's school holidays! I promised myself I'd finish something during the holiday, so as also, the hooky will go along and be worked on next to the fire.
Posted by Stel at 15:12 1 comment: