A blanket for Tracer's baby

Tracer is "our" waitress at one of our regular pitstops.  When our Little Man (no almost 9) started to walk, we would choose the corner seats, line up the couches to make a little "cage", and he could happily stumble around the coffee table. She used to serve that corner and we quickly became "her" customers - to the point that wherever we get a table now, that poor waiter has to succumb and she will serve our table :-)

The Little Man now wolves down two of his own cinnamon sugar pancakes, instead of nibbling at bits of mine; and he's also brother to a five year old Bull Calf - both loved by Tracer.

She's a single parent, struggling to get out of waitressing, to get a better job.
She also lost a baby a couple of years ago.

So we shared her joy when she announced that a little one is on his way and I thought a little blanket would make a nice gift.

Enter my stash-busting endeavour and pile of Elle Rustica:


Rustica is a soft, 20% wool blend, with lovely muted colours.   A also used it for my eldest's Giant Granny (that's the one I'm hooking in my banner photo). It has these black speckles and tend to become a bit pile-y, but is also a hard-working yarn that can withstand lots of use.  I tried to use all my blues, greens, khaki's and browns, with the white thrown in to brighten things up.

The blankie was delivered last week (she's still working!) and our baby is due 10 April. 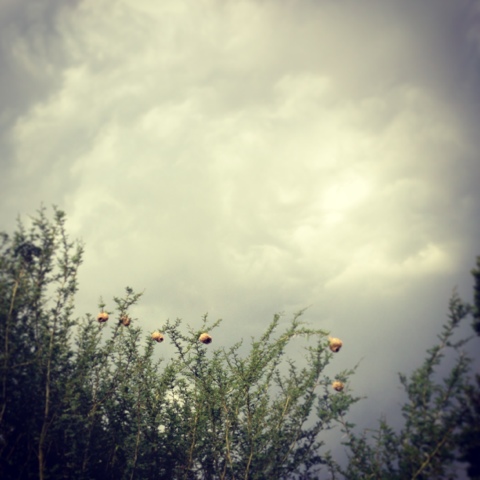 Email ThisBlogThis!Share to TwitterShare to FacebookShare to Pinterest
Labels: My Mzansi, The Everyday

Today my sis will depart from icy-cold, rainy, stormy Ireland and pitstop in London on her way to still-hot South Africa. We'll spend some time in the bushveld, some in the city, but most at the beach.

Yarn to compete a flowery scarf for a dear friend returning to Germany after many years here:
(Vinnis Serina and one ball of One of a Kind 4ply cotton)

Trying out a shawl pattern:

Maybe the other scarf pattern as well...

Using stash to finish some beanies

What about the mobile hooking-while-sitting-next-to-the-swimming-pool-and-outside-kung-fu-and-at-the-school-gate-project?

PS - They just landed in London after circling for 30 minutes.

What I did with the old crochet blanket

Remember I had this old, ultra-bright, not-so-pretty old-fashioned granny-rectangle blanket, that I wanted to bring up to the 21 century?


My first plan was to maybe make a patch-cover with very colourful fabric - remainders from cushions made for outside (If you can't beat it, join it...)

Then I thought may be denim, to tone it down.

No, maybe a warm red fleece, to make it nice and snuggly for the kids. (And even went and bought 2m of fleece fabric!)

And then I went back to denim, because I have a pile of nice, soft denim.

And then I thought, bugger it all, just use it like that on the spare bed. Going for the vintage look, we have the parquet floors and buckskin ready:

But then last night I just thought I'd take it to Hospice, because I really don't like it.  It's not pretty.


It might live on the bed until after the holiday, then I'll decide. 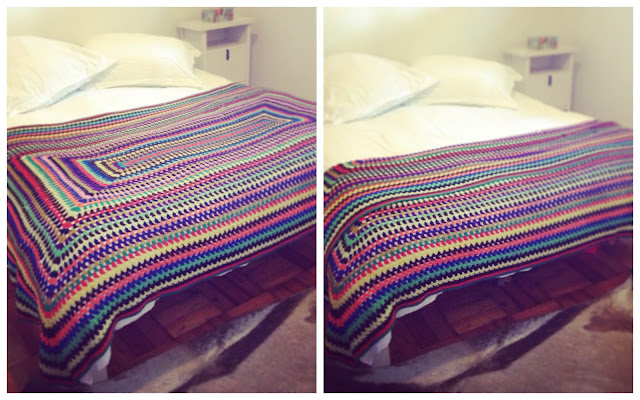 A morning at the markets

When  my eldest was a baby, we'd be up very early Saturday mornings (well, every morning).  What to do at 05h00 on a Saturday?  You go to the market, of course.

Pretoria has quite a few markets, catering to the needs and wants of most everybody in town.  One of the most popular, and the place where can usually be found on a Saturday, is the Pretoria Farmer's Market (and here). It starts very early in the morning...you can have your breakfast and fresh coffee at 05h00, with the birds.  Even in winter, when it's still dark, people will be there with headlamps, warming their hands around the fires.    You'd want to go early - by 10h00 everything is over and from 09h00 you'd be lucky to still get food.

This morning, we were a bit late, but still had a good start to the day...

(Had my breakfast pie here, as well).

And a lazy Saturday morning wouldn't be complete without a quick pitstop to Bellbottoms (and here)...


Roll on two weeks, when my sis arrives from Ireland and come to the market directly from the airport!
What better way to stretch your legs after 11 hours in the air - in the South African sunshine with coffee and a vetkoek ready.

Email ThisBlogThis!Share to TwitterShare to FacebookShare to Pinterest
Labels: My Mzansi, The Places We Go

A hat for Gené

I don't usually like to copy a pattern that is raging through Blogland...ok, except for the Neat Ripple that I always want to hook!  So even though beautiful,  no wall flower hangings, or owls etc. was going to be hooked here.  But then I saw my friend Gené the other day, and she's undergoing chemo, starting to lose some hair, and Lucy's hat was relatively recently posted...so I offered a hat.

I still had some lovely soft Vinni's stashed. She preferred the cotton (Vinnis Nikkim), which was a good choice, I think. The hat looks more floppy than Lucy's, but it had to be very soft and comfortable.  'Khaki'  must be one of my absolute favourite Nikkim colours, I love the subtle variation in the hand-dye.

I like the hat. Hope it fits!
Shall I try a wintry one as well?
Here I'm parading it at our regular Craft Share get-together (more about that in a next post)

Ed.  It does fit and totally matches her eyes :-) 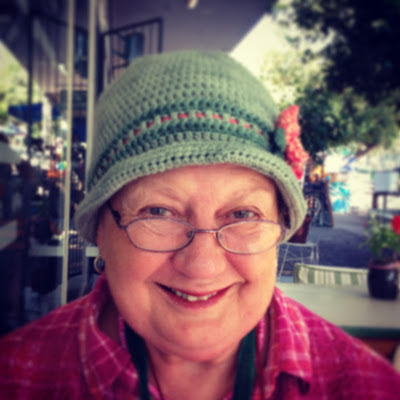