This was Yarn Indaba, and the yarn bombing of the Voortrekker Monument and today, I'll just share a few pictures of this great event.

But we're going to fix it!

Marléne and Esté were the two driving forces behind the Yarn Indaba and yarn bomb:

Ah, we were a bit teary-eyed.

There were enough willing helpers, and soon some of us were jogging up and down the stairs with the heavy bags (a good workout!), while others were unpacking.

Marléne had the dream and the vision for today:

Smiling for the TV cameras: 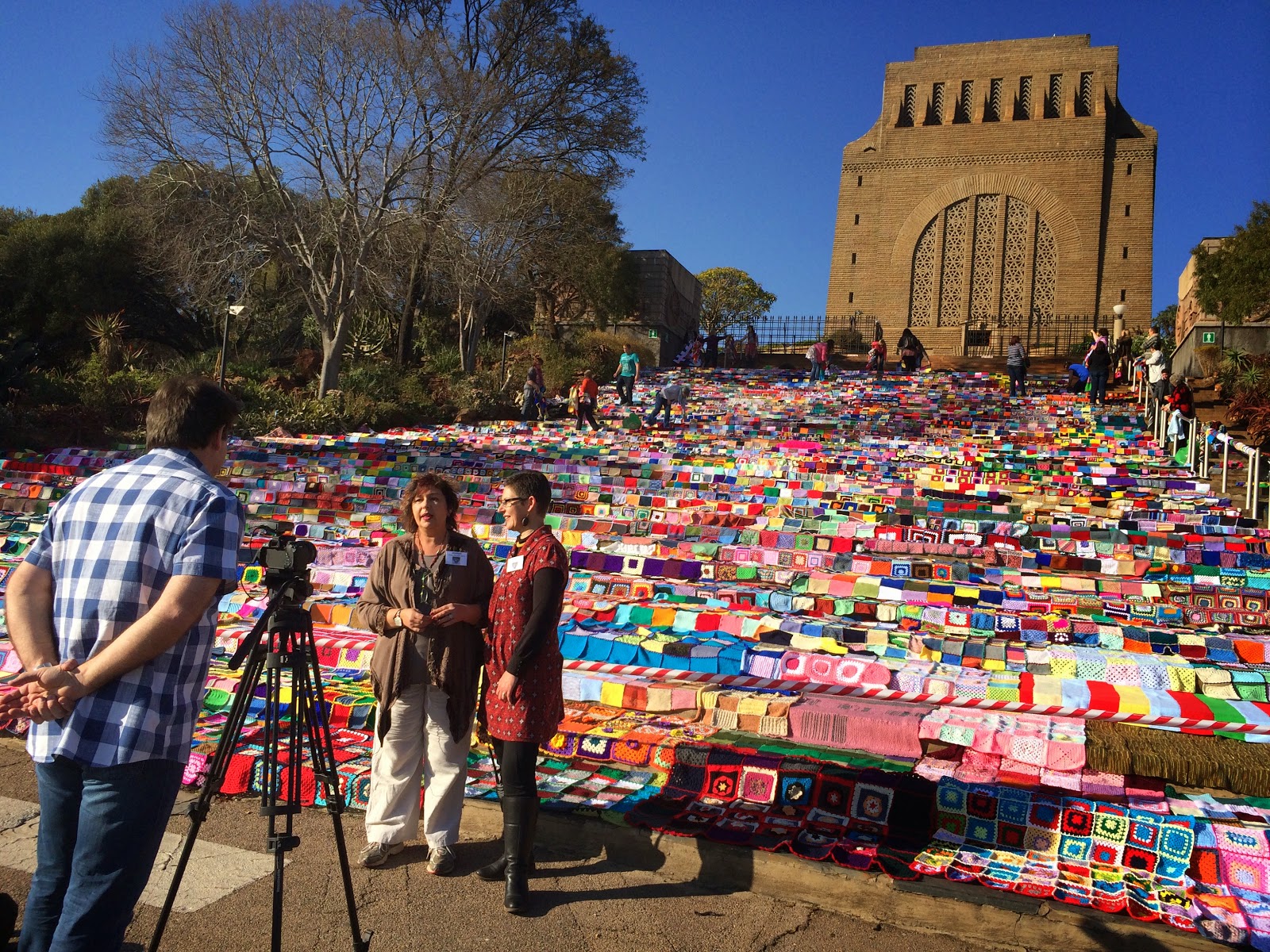 Esté had the honours of laying down the last blanket: 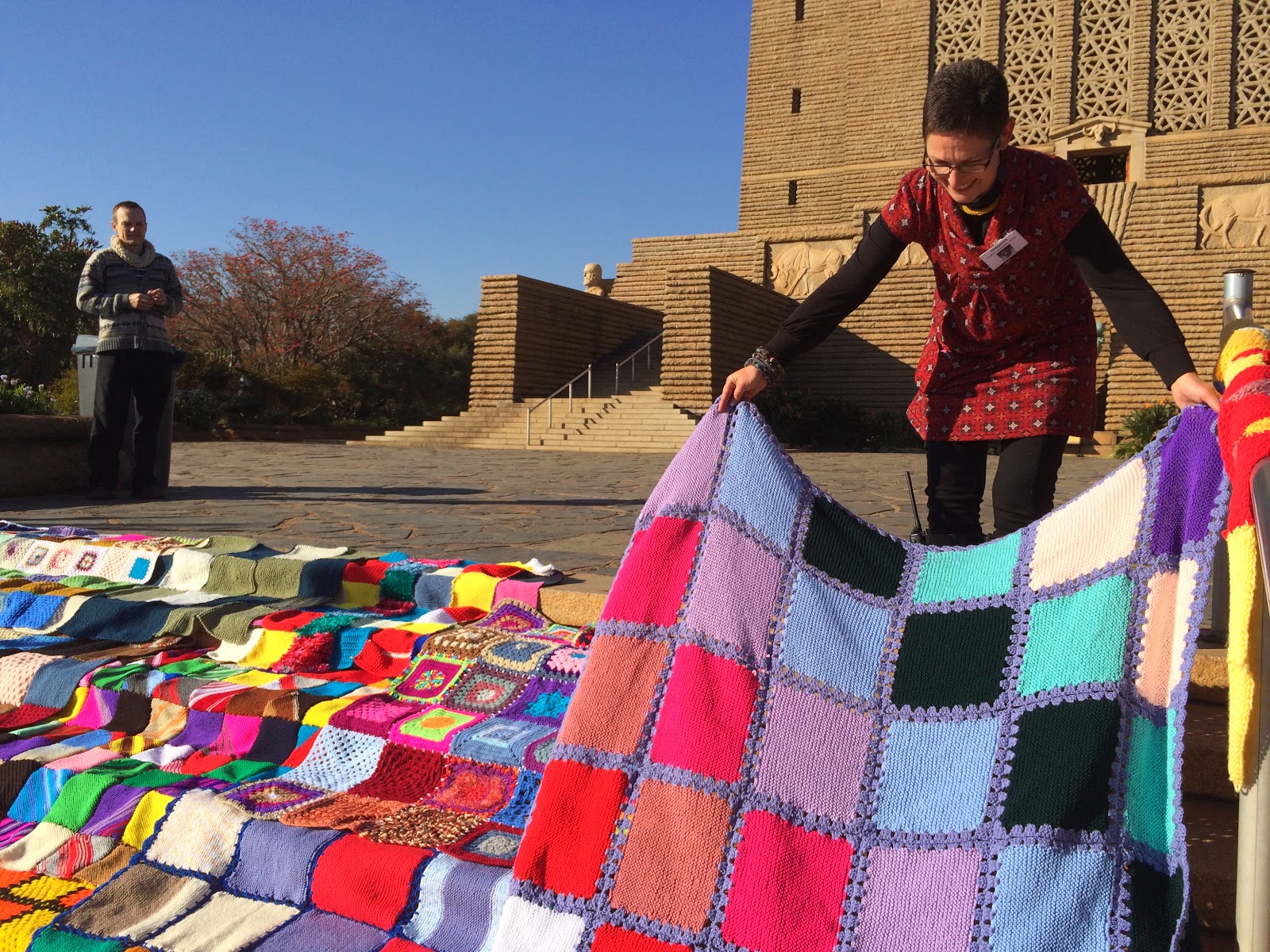 And then it was done.

We covered all the steps leading to the monument with blankets that will be distributed to various institutions.

The morning turned into an extended photo session for tourists :-D

We had great fun looking at the individual squares, finding quirky ones like the tractors that was also posted on Ons Hekel before begin sent off.


That's my sisi, on holiday here from Ireland. She might have been the attendant who came the furthest!


We found squares that her MIL sent from Ireland!

And three of my green squares:

It was great to meet up with various friends from Ons Hekel:

All figures to be confirmed, but here's what you can work on...
± 30 000 squares crocheted and knitted.
± 630 blankets assembled.
Three flights of stairs yarn bombed.
Many tired legs.
Thousands of Rands spent on yarn
(I haven't said a word yet about the yarns...)

The steps look fabulous Stel. You are all amazing!

Wow what a lot of blankets.
What a geat event.
Grtz,
Chris